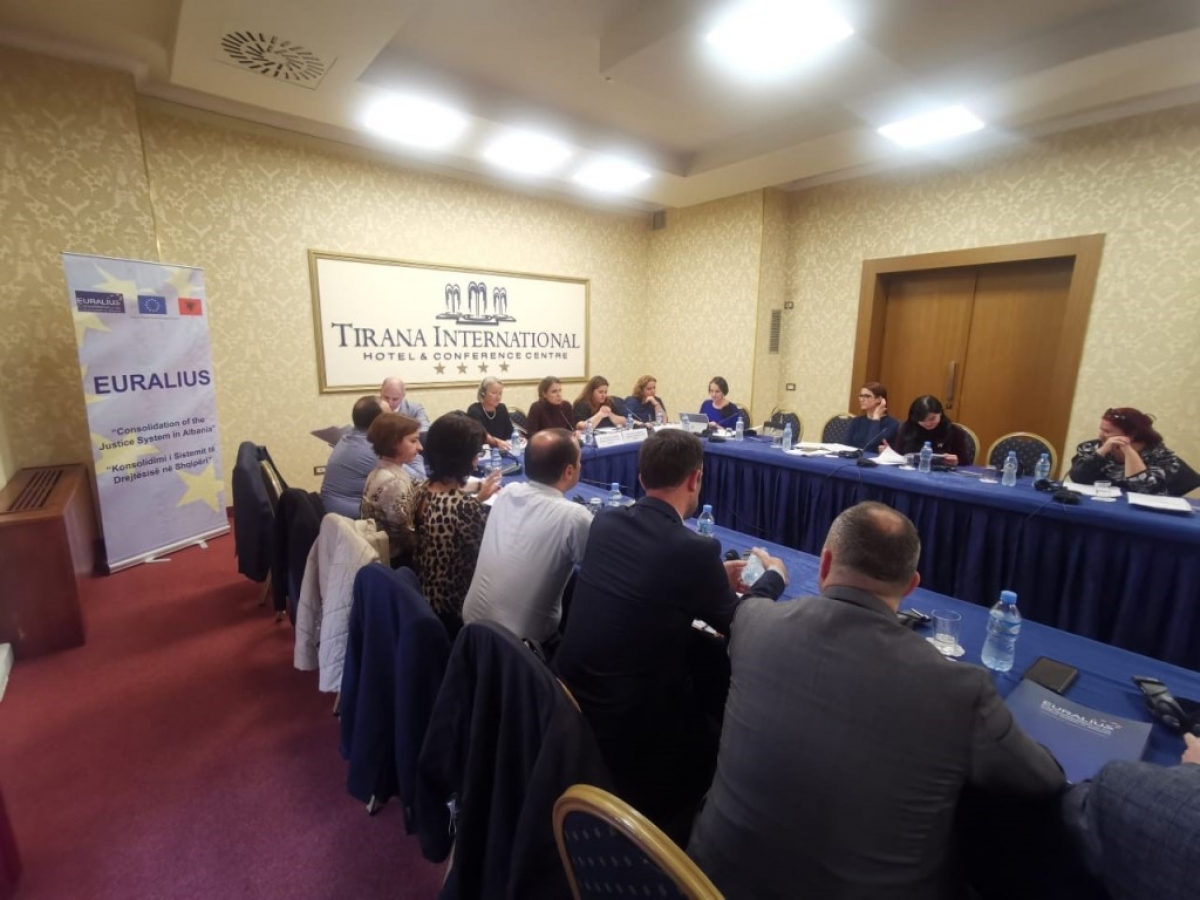 Following a short welcoming speech by the HJC Chairperson Ms. Naureda Llagami and the EURALIUS Team Leader Ms. Agnes Bernhard, the discussion at the meeting was led by the members of the HJC Committee on Ethics and Professional Evaluation. More than 30 participants attended, including judges from the courts of first instance and courts of appeal, both general and special jurisdictions, as well as representatives of the Association of Judges, the Union of Judges and the Albanian Forum of Women Judges.
Following up on the input received by the participants, the HJC will discuss and approve the sublegal acts on the professional evaluation of judges later this month.

More in this category: « Workshop on the 5-year Strategic Plan of the High Prosecutorial Council (HPC) Training of Trainers on Implementation of the new Curricula »
FaLang translation system by Faboba